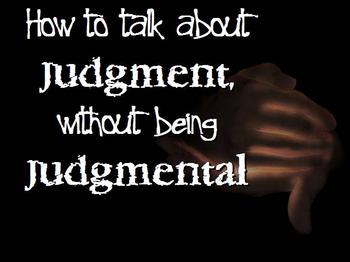 So, I’m annoyed. My siblings are here for the holiday and I am so grateful and happy to have them here. More people means more joy and laughter but also more hurt and judgement.

I’ve been making an effort to be less judgmental and more empathetic and I’ve been talking about it with my family. Also, I’m trying to be more cognizant to when my actions or words hurt people so that if I notice that I hurt someone, I apologize right away. In addition, I’m trying to let people make their own choices even if I do not agree with them. I used to preach to people yet hate it when I’m preached to. So I’m trying to practice what I preach.

For example, one of my sisters who is obsessed with reality shows was watching “Love and Hip Hop”, a show that I detest and yes, judge because I feel like it belittles black women. When I heard some of the language, I asked “What are you watching?”. My other siblings joined in saying “yeah, don’t watch that. Put some headphones.” I started joining in but stopped because #1. I don’t like being pounced upon and no person including my sister deserves to have 3 people telling them what to do in whiny, unkind tones. So in my efforts to be non-judgmental, I said “Sorry, I don’t mean to be judgmental, it’s your choice but I do think that this isn’t helping you grow. When you watch things, think about how it is helping you grow. This type of show belittles black women.” My brother and other sister then started getting on me, “Esther, you’re so liberal. You’re the oldest, just tell her what to do. You don’t have to say sorry. Tell her to put headphones on. Be assertive, you’re being passive. You don’t have to care if you’re being touchy or hurting their feelings.”

If I specifically, wanted her to put headphones on, I would do that. Plus, she’s 18 and lived away in college. If she wants to watch that, she can do that. My other sister who was getting on me does things that I disagree with like sometimes refers to “basic bitches” and likes to distinguish herself from them. I think it’s the most judgmental stupidest thing in the world but should I preach to her and make her feel bad for doing that? I don’t think so. Why? Because making someone feel bad doesn’t help, however, making a person become aware helps.

Hopefully, she’ll grow out of it. Ok. I was being judgemental…hehe.

OK. I admit that at certain moments we shouldn’t have to care about hurting feelings. That is specifically, with our own personal choices like if you decide to stop going to church yet your parents are hurt. However, in cases where you are communicating with someone about a specific thing, it is best to try your best to not hurt their feelings.

Anyways, their comments were hurtful to me and annoying. Calling me liberal or calling me a name in general, though they may think it is a description, is putting me down as if it is bad to be liberal or as if my beliefs are below them or not what they think is right. I know that they don’t mean harm but it’s harming.

Be assertive? First of all they need to know the definition of assertiveness…. okay let me not judge lol. But really, assertiveness comes into play when you want something done. If I, specifically, wanted Naomi to put on headphones, the assertive way would be to say, “Can you please put on some headphones or go in the room because that is offending me?” Aggressiveness would be “put on some headphones that stuff you’re watching is bad”. Passiveness would either be saying nothing or being passive aggressive by putting on loud music or actually doing what we did which was talking about how bad the show is without specifically telling her to turn it off.

I know this because I read the “The Complete Idiot’s Guide to Assertiveness“. Pretty legit.

Anyways, my siblings will be here all week and these situations are bound to happen again. I’ll just have to let them know that I don’t like their tone or their judgement and I’ll blog about it. Or I’ll just ignore it and pray about it.

Here’s the thing. Jesus Christ was and is the ultimate Judge. Thank God because he is the only person who knows how to judge in a loving way. When the woman came at the well, he didn’t berate her or put her down or judge her. Instead, He pointed out negative forces in her life and allowed her to become aware of them. Once she was aware enough to be convicted, she made the CHOICE to do right.

That’s what I’m trying to do, allow people the choice to do right. So God please help me be like you and to not judge as much since you are the only judge.